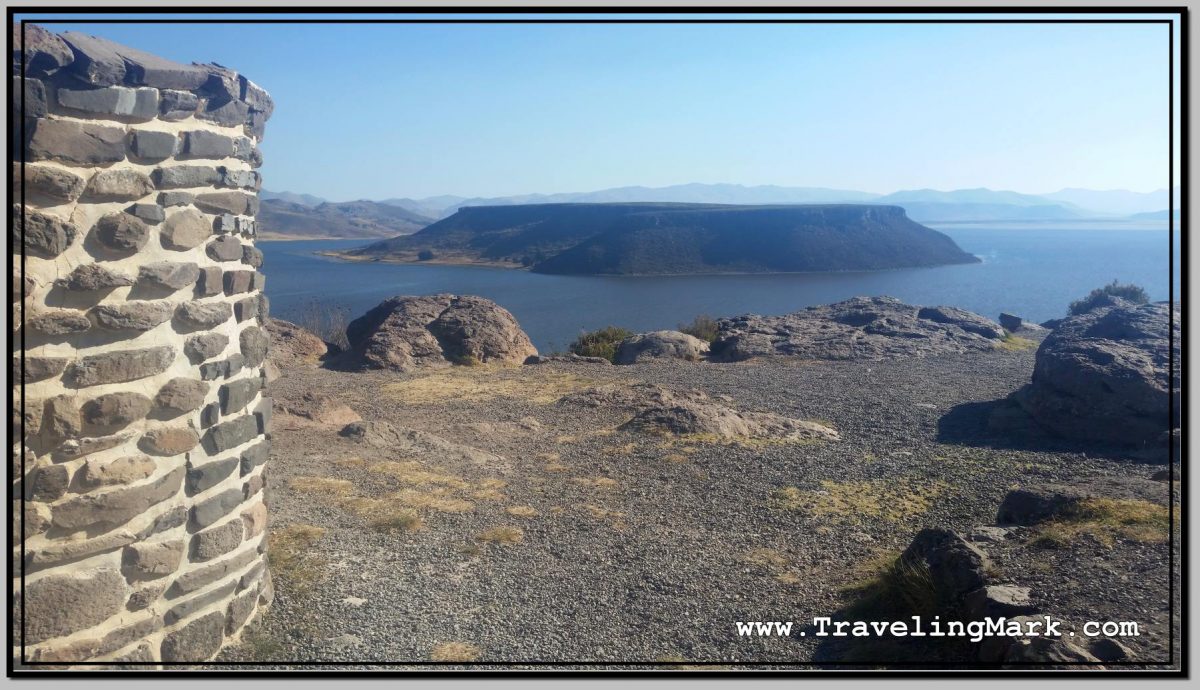 While my first night in Puno was plagued by cold and noise, the second one was just cold. But it got really cold. It was reasonably quiet in Hotel Inka Tours, which I desperately needed, but as the wind picked up at night, it got so cold, I could not stop shivering.

I concluded that I simply am not equipped for stay in such a cold place, and made the decision to leave after the second night. Puno was colder than I expected and I simply did not have warm enough clothes to handle the relentlessly cold nights.

I checked out of Hotel Inka Tours at 11am and headed for the bus terminal where I purchased a ticket to Cuzco on an overnight bus. Whereas several providers offered these trips, I specifically asked each one if they would hold my luggage until the bus’ departure at night, so I can go out and do some more exploring during the daytime.

Company Mer was happy to store my luggage until the departure so I bought the ticket with them, and proceeded to make arrangements to get me to the archeological complex of pre-Inka ruins at Sillustani.

Located on the shores of Lake Umayo in the Umayo Atuncolla district of the province of Puno, the near 40 kilometers long journey to the archeological site involved a bus to the access road from where I took a taxi to cover the last few kilometers.

Having passed by a number of traditional houses with llamas in front of them to attract tourists and charge them for taking pictures of the animals, I found myself at the entrance to Sillustani, which was likewise turned into a tourist trap with numerous sellers of overpriced handicrafts and high-cost bottled water. The use of bathrooms was also one of the most expensive in all of Peru. The entrance fee to the complex was 10 Soles.

Sillustani was used as a necropolis and is littered with “chullpas” – funerary towers built on the hill overlooking the Umayo lagoon. The location with breathtaking views of the lagoon would make for a captivating trip even if archeological sites are not your thing.

The chullpas are tower like structures built as tombs by the Qulla people, a subgroup of the Aymara indigenous nation, before they were conquered by the Incas, and later by the Spanish.

The majority of chullpas at Sillustani are circular and made of stones. In some, the archeologists found mummified bodies particularly well preserved thanks to the cold and dry climate of the Altiplano. The tombs also held ceremonial objects in gold, although the majority is believe to have been lost to grave robbers.

All Chullpas have a single, small door facing east. This direction has been symbolically chosen to represent the rebirth of the soul through the sunrise. The oldest Chullpas are said to have been built by the Pukara civilization at around 800 BC.

They are spread out across the hill, so even though I kept a decent pace without pausing for too long at any one structure, it took me an hour to get to all the main ones.

You can see the marshy side of Lake Umayo as soon as you enter Sillustani. But its true beauty does not reveal itself to you until you’ve climbed on top of the hill housing the Chullpas. With its flat-top island in the middle and steep cliffs on the fringe, the lake truly rewards the visitor braving the high elevation climb to Sillustani.

The 125 hectares large Umayo Island is called Intimoqo by the locals. There are diverse legends surrounding Laguna de Umayo, such as the one that says that its water is saltier because it is the tears of the princess Ururi, who poured them when losing her beloved. In the face of so much pain the Sun hid and there were years of drought and hunger, until their parents guilty of the drama, implored the return of the Sun, but their tears also arrived at the lagoon, making it saltier. After the return of the Sun, only the time and the less suffering of the people made it less salty, so that the fish returned and procreated.

The highest point of the area, according to the information I got from the locals, stands at 4,000 meters above sea level, which is a significant elevation so one should take precautions against possible altitude sickness. Having been built on a hill, the walking around Sillustani involves a lot of uphill trekking that is sure to get your heart pumping and lungs gasping for more air.

When I was there, the sun was blasting something intense, so making sure you put on sunscreen before heading to Sillustani. At that elevation you have 4 kilometers less of dense air blocking the sun rays compared to the sea level, but even though the temperature would not suggest it, the intensity of the rays is savage despite seeming that way.

A light jacket would also come in handy as once you reach the top of the hill, the wind really picks up. I did in in just a long sleeve shirt and was fine, but the biting wind would have been too much for a short sleeve.

Overall I found Sillustani overly touristy. The ancient structures were interesting, but for me the highlight were the views of the lagoon surrounding the hill on which the chullpas were built. Make sure you bring your own bottle of water so you’re not left having to buy the overpriced small bottles sold in the local shops lining the sidewalks of the village.