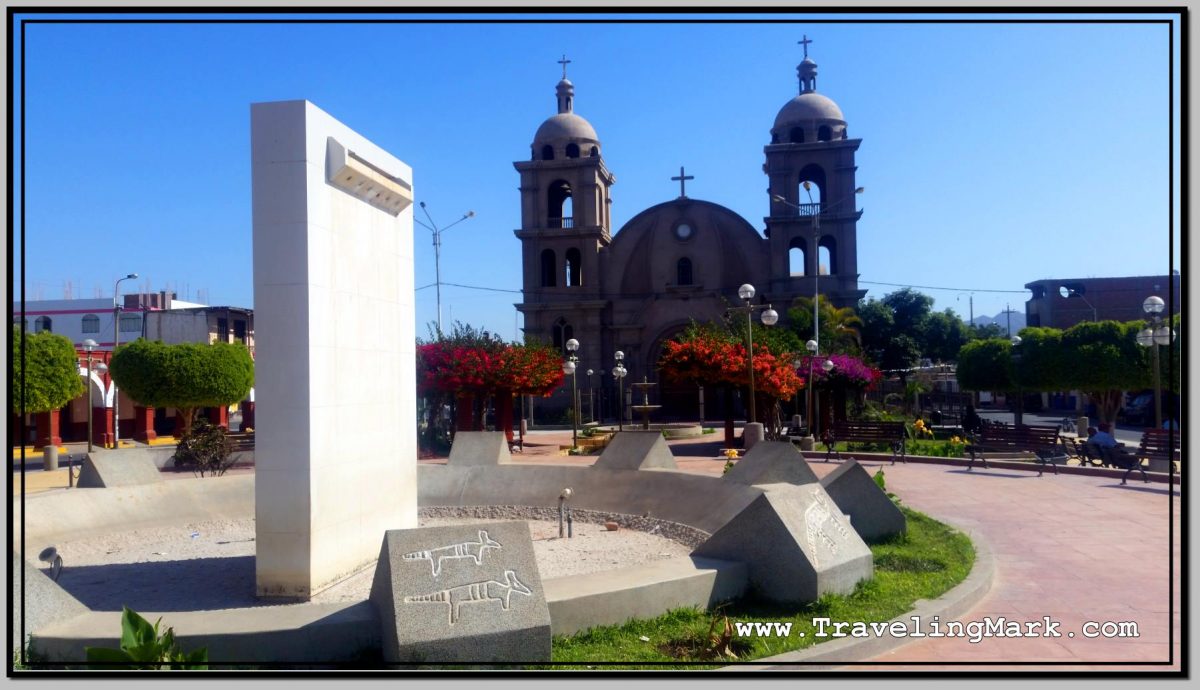 While the experience of finding and soaking up the energy of the ancient Solar Clock in Palpa was exhilarating, it lasted until the sun went down, which meant the conclusion of walking around and the return back to the hostel.

The following day was Monday, so I went out to town in hopes the only tour office I have come across would be open, so that I can find out about the options to take a tour to other sites where Palpa geoglyphs can be found. Unfortunately, the office was as closed and deserted as it was on Sunday.

Everybody I asked told me that because Palpa gets few tourists who come to stay in one its few hostels, the tours to Palpa are organized by agencies with offices in Nazca. Nevertheless, Nazca tour agencies mostly receive tourists looking to see the popular Nazca lines, so the less popular Palpa lines, while on offer, only see limited interest.

Being almost an hour away, returning to Nazca so I can take the tour which would bring me back to Palpa, and would thus cost a lot just to cover the time and gasoline spent for the hour long trip each way seemed counterproductive, so I made the executive decision to wrap it up in Palpa.

I took the 4 Soles local bus back to Nazca, where I booked an overnight bus trip to Arequipa. The bus with Palomino was leaving at 10pm, and was scheduled to arrive in Arequipa at 8am the following morning. The cost was 70 Soles for the seat on the upper deck. The lower deck, where the bathroom was located, had fewer seats that cost 90 Soles each. I got me one upstairs.

I had a few hours to kill in Nazca before the ride, so I wandered round the streets of the town, checked out a few shops, bought some crude minerals from a man with a lot of knowledge man about their properties, and had dinner in one of the restaurants.

The Palomino bus was however delayed by almost an hour. Once I got on my seat, I realized it’s gonna be a tough ride because next to me was an overly obese man, whose monstrous fat folds overlapped deep into my seat. He was also the only snorer on the upper deck. Whereas almost everybody else was quiet the whole night, except of course a privileged single mother who spent the first hour and a half talking exceedingly loud on her phone, had this slob of fat not been on the bus, it would have been a pleasant ride. Because of him, however, not only was the ride very uncomfortable in how restricted I was the whole time, but he also made any decent attempt at unwinding impossible with his sloppy snoring.

Nevertheless, even though sleep deprived and super antsy, I did arrive in Arequipa the following day, where the cloudless sky with beautiful sun and gorgeous mountain peaks towering over the city quickly cheered me up.