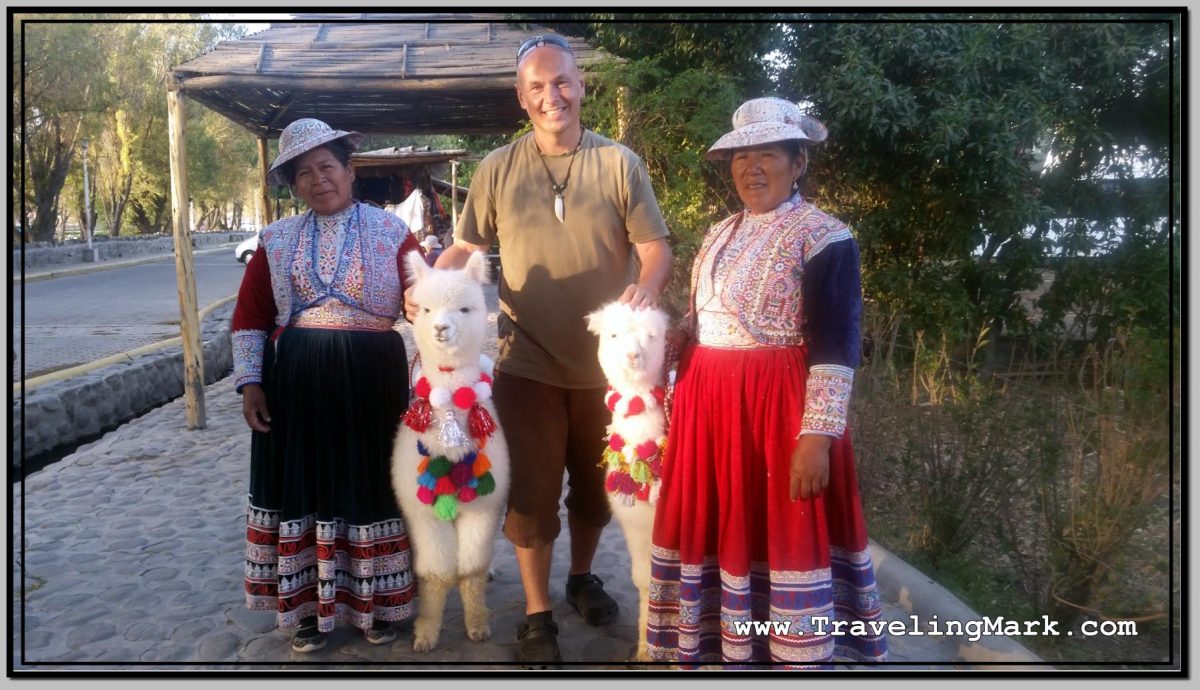 Even though I liked the weather and the mountains surrounding Arequipa, it became clear right away that it’s thus far the most aggressive place of all I’ve visited in Peru, as far as touts are concerned.

Right from the moment I got off the bus, I had dozens of them on my tail, stuffing flyers in my hands, insisting I book a hotel they recommend because all others either don’t exist or are not good for me, trying to get me take the ride downtown with them, or otherwise forcing me to shell out for whatever they said they had to offer.

They were like vultures and the whole bus terminal was inundated with them, so I just smiled and walked steadily out of the terminal and onto the street, where it got a little bit better, but not a whole lot.

The first impression of Arequipa was definitely not the greatest, but somehow in the melee, I managed to pick up a map of the city, so I elected to walk my way toward Plaza de Armas (every Peruvian town/city appears to have the downtown square named Plaza de Armas).

Minibuses were passing me by, but their markings provided little assistance in determining where they were going. I approached one that got stuck in a jam and asked the woman collecting the fare if the bus passed by Plaza de Armas. She unexcitingly barked back at me that I’m on the wrong street for that, but provided no indication about where I’d need to go to catch the right bus.

Moreover, Arequipa has awful reputation regarding the dangers of taking a taxi, with express kidnappings being alarmingly frequent. It seemed from the map that the terminal was on the outskirts of Arequipa, with Plaza de Armas being quite a bit away, but whereas I’m used to walking a lot with my backpack on, and since Arequipa sees very little precipitation, I merrily hit it.

When I had about 3/4 of the way to Plaza de Armas covered, I saw a hotel to my left that seemed reasonably decent while reasonably remote to possibly offer an attractive price for a room, so I thought – what the heck. It doesn’t hurt to ask. I normally go for hostels and leave hotels out as I prefer good price to more comfort, but the location and the state of the building seemed to suggest the possibility of a good deal.

I ended up staying in Hotel Diplomats and with my room sorted out for the night, I headed out unburdened off my backpack to explore Plaza de Armas and whatever else Arequipa has to offer.