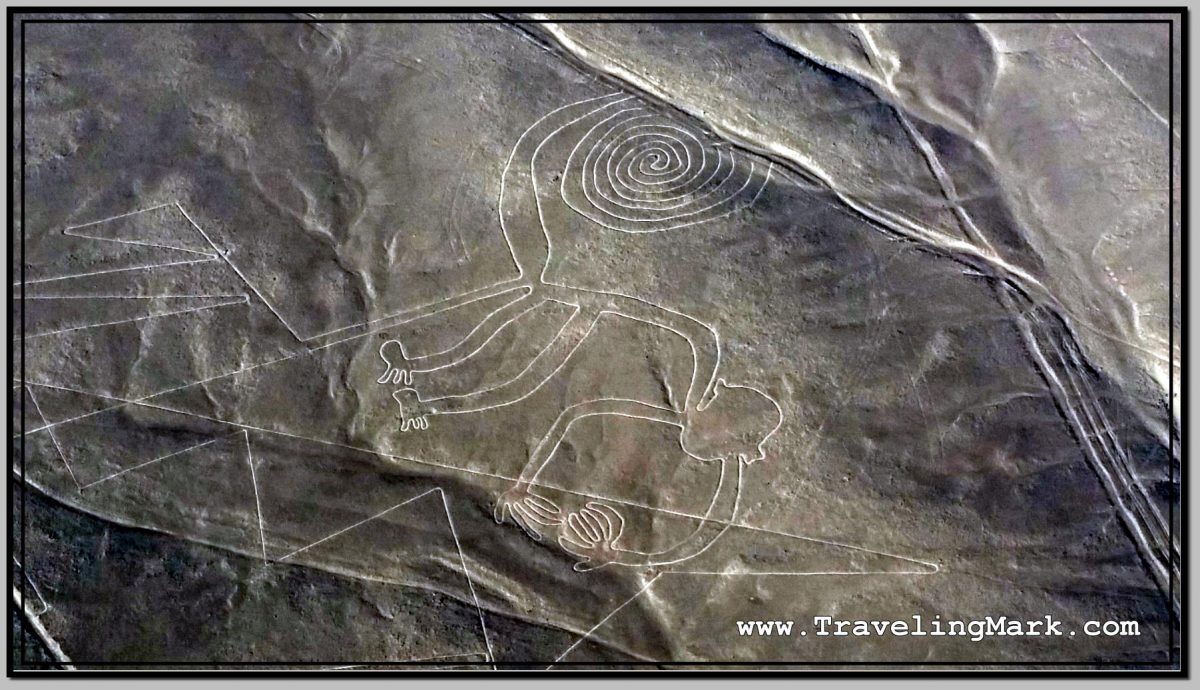 While flying over the Nazca Lines aboard the Aero Paracas plane, I recorded a bit of video with my cell phone, although I mostly used the same phone for taking photos which can be found in this gallery.

The video contains the take off from the Maria Reiche Neuman Airport with the arid landscape surrounding the city of Nazca, aerial views of a few of the geoglyphs, namely the Astronaut, Monkey, Hummingbird, Spider, Condor, and a whole bunch of energy runways with lesser known images, concluding with the views of the mountains surrounding the geoglyph fields filmed on the return journey back to the airport.