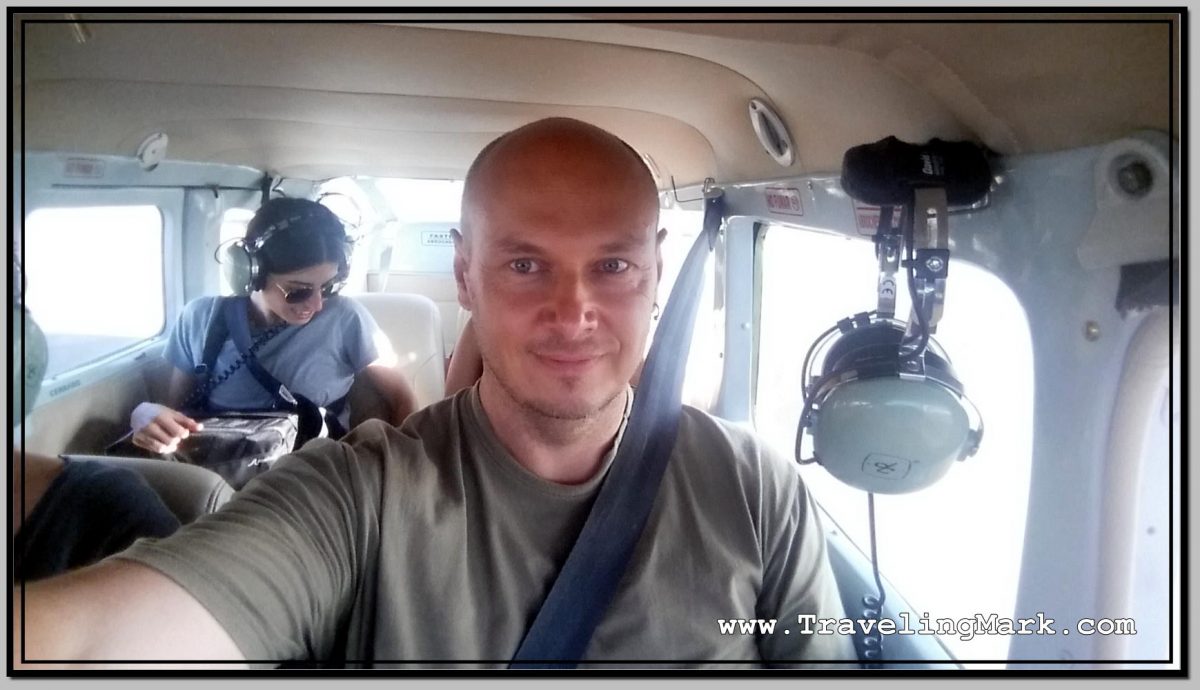 After a night in Posada del Sol, I checked out and headed to the Soyuz bus station to catch a bus to Nazca. The trip cost 10 Soles and lasted about 2.5 hours. The goal was to visit the famous Nazca Lines, and preferably book a flight over them to get some bird’s eye view of the enigmatic geoglyphs.

I arrived in the afternoon and didn’t mess around with spending too much time looking for accommodation. I booked a room in a hostel near the bus station, rehydrated and took a walk to the airport.

Even though I was well into the afternoon, I thought it would be worth while to go to the airport to at least ask about the prices for flights while speaking with actual operators, not touts at the bus station, and who knew, if I got lucky, I may catch a late day flight deal.

The walk would have been only about an hour long, but I didn’t know the access to the airport is from the back, so I walked all along it from the side of the road, and then had to trace all that distance back to walk around it.

By the time I arrived at the airport, it was already almost 4pm. I asked all the available operators if they had any late night discounts to fill up their last planes, but it was already so late, all operators but one stopped flying for the day.

The one company that hadn’t closed down for the day had one last flight of the day scheduled, and had three people already booked for it. The company calls itself Aero Paracas.

The lady at the desk told me I could join the group, and said it would cost $80 US. I negotiated with her for a bit but the best I got from her was a $5 discount. I then told her I was in no rush and had no issue returning back to town from the airport, but whereas I spoke with an operator of a competitor, and she told me she could get me on a flight for $65, but it would be for the following day, had she not lowered the price a bit more, their plane would take off with three people and there would be no extra earnings for them for the day.

She then pretended to make a phone call and told me she could get me the ticket for $70. That I was comfortable with, and paid for it in US dollars.

The other three passenger who had previously booked the flight were three young Italian girls, who were on a short trip to Peru. I got along well with them, and we all looked forward to taking off over the Nazca Lines.

The last thing to do was the pay 30 Soles airport fee, and pass through metal detector inspection like at any other airport. Then we boarded our 4 seater Cesna plane, buckled up, put on the headsets and with thumbs up, confirmed we’re ready for some airtime.