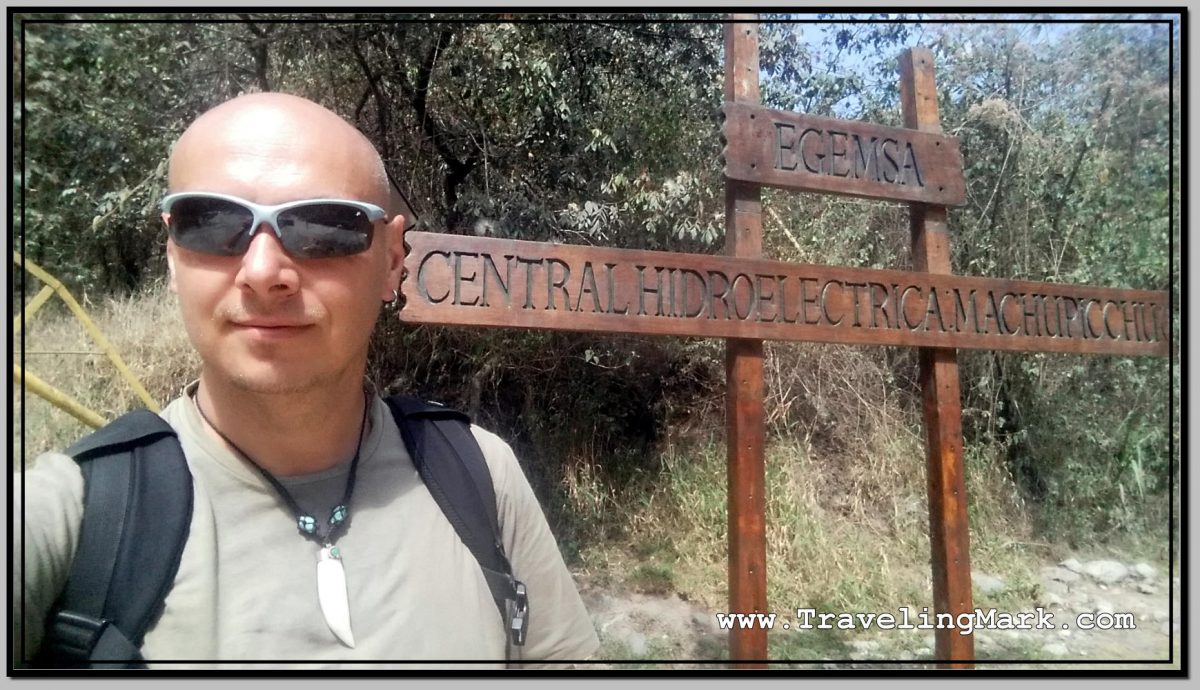 There were no roadblocks between Santa Teresa and Hidroelectrica, which in my mind earned Santa Teresa my support in form of paying for the hotel and the supper, and buying the water and the fruits – something I refused to do in Santa Maria, where the services were also available, but the town resorted to road blockages to make the lives of tourists more difficult, and with it, the trip to Machu Picchu one of the worst experiences I’ve had.

I didn’t however intend on staying in Santa Teresa more than one night, so as soon as I got up in the morning, I checked out of the hostel and headed for the Mercado de Santa Teresa from where depart shared cabs for Hidroelectrica – the nearest spot to Machu Picchu where it’s possible get with a car.

The local transport cabs, called “colectivos“, leave when full. When I arrived, there was only one more person waiting to go to Hidroelectrica so I had to wait until two more showed up for the driver to depart. It took an hour before the car was full, but eventually we departed.

The way to Hidroelectrica, much as the path to Santa Teresa from Santa Maria, is along a scenic canyon carved by the Vilcanota River and it’s not paved. The dusty roads are narrow and the drivers don’t appear to mind the hundreds meters long drops when two vehicles going the opposite way meet on it. With mere inches separating the beat up cars from deadly plummets, the experience of taking a colectivo to Hidroelectrica is an adrenaline filled, hair raising, and butt cheeks squeezing one. Good luck if you suffer from vertigo…

Even though the majority of tourists I encountered on the way between Santa Teresa and Hidroelectrica walked the trail on the steep canyon walls on foot, after a long walk the day earlier, I chose to pay for the cab to take me to Hidroelectrica the easy way – except for about a half a dozen of heart attack inducing passes that the driver took.

At Hidroelectrica, the drivable road ends and what continues on is a narrow rocky footpath alongside the railway tracks. The Peruvian government could easily pave a road all the way to Machu Picchu, and could have easily done that a long time ago, but by doing that they would permit the tourists to arrive at Machu Picchu without getting ripped off on the unbelievably overpriced trains, which are promoted as the sole means of access to Machu Picchu that doesn’t require strenuous walking.

The train ride, which costs the locals 10 Soles (less than $3 US), would cost a foreigner up ro $485 one way. That’s why the Peruvian government laid down the railway tracks, but refuses to lay down a road. Without road access, a tourist has but two options – shell out the insane cost for the train, or face a gruelling and complicated road with the mandatory hour and a half long hike on foot on a rocky trail.

Somehow, even though there are many much cooler and worthwhile places all over the world, the Peruvian government succeeded in pimping Machu Picchu as that super iconic place, and tricked the whole world into falling for it, thus generating massive profits for itself while ripping tourists off by refusing to create a road access to the place.