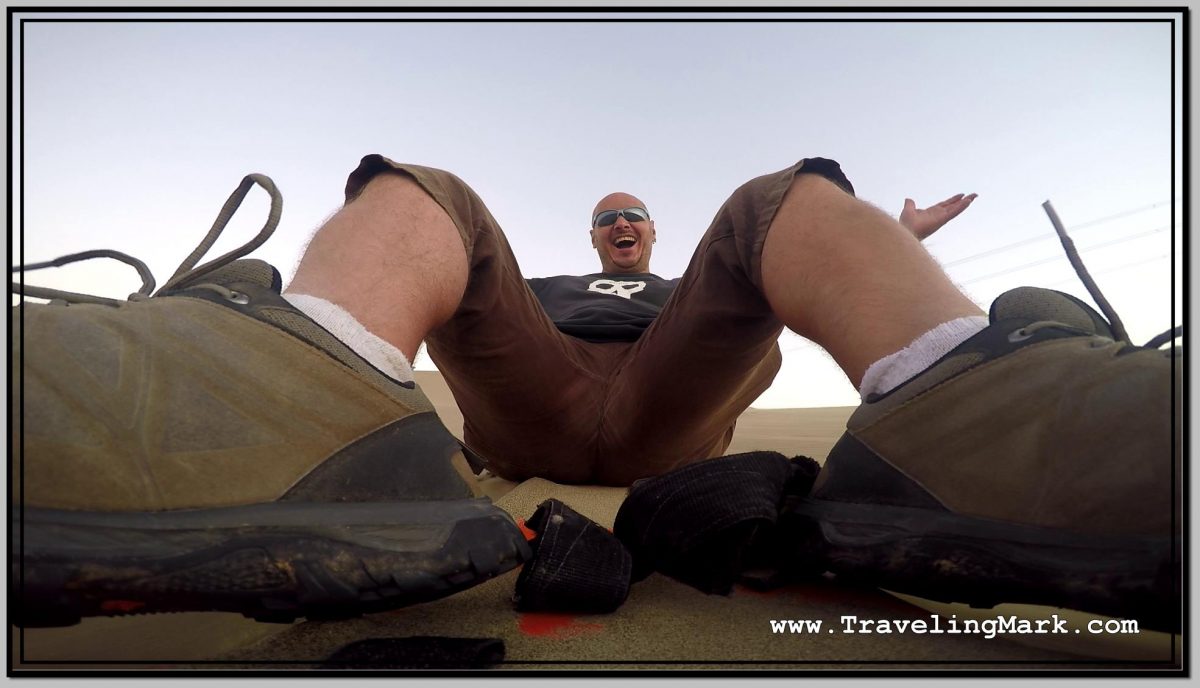 Once everyone had their fill of human remains from the Nazca desert cemetery, we rode our “buggy” deeper into the desert and toward the sand dunes of Cerro Blanco.

Here’s the video of fun our driver was having with us as he gave the buggy hell riding the dunes up and down:

Cerro Blanco was our last scheduled stop, after which we were to return back to Nazca. However, because the tour started more than an hour late, the journey toward the dunes was done when daylight was fading, and by the time we had our share of fun snowboarding down the dunes, it was dark and we had ahead of us almost an hour long journey back to town, but this time not only through the stormy winds, but also through near freezing nighttime temperatures.

Sandboarding was hell of a lot of fun, though. We already had sand everywhere – in our teeth, in our eyes, in our ears, as well as in all our clothes and inside our socks, so rolling around in sand was not gonna make it any worse than it already was. So we just went for it and enjoyed every minute of gliding down those endless sandy dunes:

But the ride back was rough as all hell. The wind was as relentless as ever and it was just overall brutally cold, so with the “buggy” providing absolutely no protection from the elements, the endless ride back through the pitch black desert as nobody could catch a break from violent shivering, was savage. I was a trembling wreck walking to the hotel after being dropped off, but at least at that time I knew that the hellish ride was over.