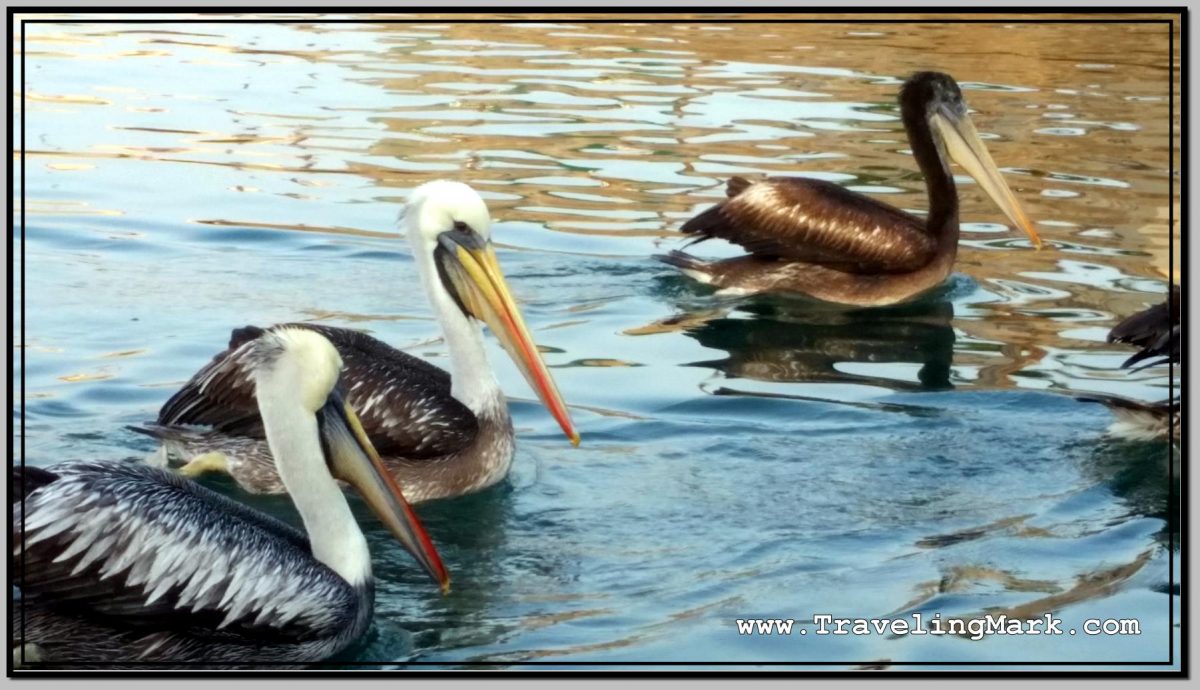 My weekend in Lima was coming to an end. I got to sample amazing ceviche, and hung out at the capital’s coastal areas. Along with Maria, we concluded our weekend together with a boat tour to the San Lorenzo and El Fronton islands.

Isla San Lorenzo is the largest island of Peru. Except with a special permit, the access to the island is banned, so one can only observe it from a boat. The nearby Isla El Fronton is home to an infamous Peruvian jail, in which former President Fernando Belaúnde Terry was held as a political prisoner. Later, Maoist guerrillas from the Communist Party of Peru Shining Path were imprisoned, and extra-judicially executed during a rebellion there.

The boat set to approach and pass by these islands departed from the Callao Port, and we just caught the last ride of the day. The sun was setting when we departed, which at first seemed cool as even though Lima is permanently cloudy this time of year, the sole thought of sailing into the sunset added a lot of romanticism to the “date“.

On the other side, not being that far from the equator, the transition from daylight to night is fast in Lima, so by the time our boat reached the islands, there was nothing to be seen. It was pitch dark. Moreover, with the sun, the temperature dropped rapidly too.

Here’s the video from the port. It shows the last but one boat docking, continues with the plentiful pelicans that hang around the port, and concludes with our departure from the port in the boat:

There is a constant and rather abundant presence of the pelicans at the Callao Port, and whereas they are used to the presence of boats and people, they maintain pretty close proximity.

The people feed them, so that brings them ever closer to us, but there’s also a lot of plastic floating in the ocean, making them confuse it for food. It’s a sad sight, really.

End of Weekend in Lima

Me and Maria have greatly enjoyed each other’s company during my brief detour to Lima, and even though I had to return to Cuzco after the weekend, it was clear that we’ll hang out again. But now I had another 22 hours long bus trip to undertake, and it was as brutal as the first.