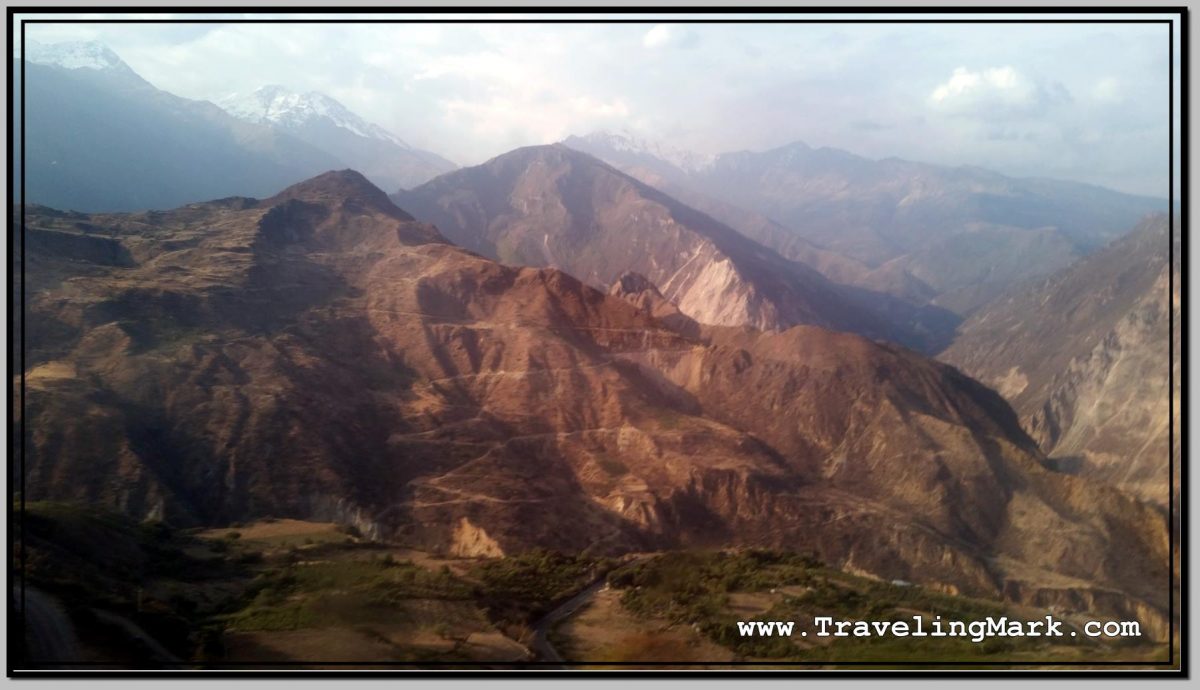 I commenced what was to be the 22 hours long bus ride from Cusco to Lima on Friday at 1:30pm. The checkout at Margarita Hostel was at 10am, which I thought was really aggressive, but found out that it’s a common checkout hour for the majority of hotels and hostels in Cuzco.

To avoid incurring additional charges I checked out at 10am, and headed down to the bus terminal. Since I had a few hours until the departure of my bus, I popped into one of the nearby restaurants where I ordered “almuerzo” (lunch menu). I picked a table close to a power outlet on the wall, and plugged my laptop in it, thinking I would spend the time I have until the bus arrives by doing some work on the computer.

To my surprise, the waitress demanded that since I use their power outlet, that I pay for the power usage on top of the food I ordered. I was ready to leave when she said that, but after she clarified that it would be just a Sol more, I said what the heck, and agreed to give her the damned Sol for the power I’d use.

It was after leaving the restaurant when I came across the festivities in celebration of El Señor de Huanca.

The Civa bus left on time, but it was full to the last seat. I had a chubby guy sitting next to me (there are a lot of overweight people in Peru as their diet is rich in carbohydrates), who had foul odor to him and snored a lot. While I could not have done much about his odor, I did not put up with his snoring and each time he disturbed me with it, I disturbed him by poking him to interrupt his snore.

The beginning of the ride, at least until the night fell on the country and I could not see much anymore, was through the mountainous terrain of the Peruvian Alps, which were just spectacular. The progress was slow, as we were slowly gliding down winding road into the valleys, before climbing up equally winding road up on hills, to do it over and over again. It was one huge canyon after another and driving through them was as scenic as it gets.

That explained why the bus ride would last the predicted 22 hours, because you truly can’t pickup much speed on those steeply inclined roads full of sharp turns. Having secured a front row seat right above the driver, I had the panoramic views of the country we were driving through. Unfortunately, pictures taken through the tinted windows during a very bumpy ride are doomed to lack in the overall attractiveness no matter what.

Having to spend 22 hours on the overcrowded bus was however no fun at all. I got no sleep and very little rest. Luckily, 5 hours before the projected end of the trip, when we stopped in Ica and unloaded some of the passengers, two pretty Venezuelan girls took the seats across the isle from me, so I spend the rest of the journey chatting with them.

That made the rest of the trip more enjoyable and pass faster, however the projected 22 hours journey ended up being 23,5 hours long, because of heavy traffic causing jams across much of Lima. It’s never fun when you’re stuck in a confined place for 20+ hours and then your transport barely moves because the traffic is so congested, it can’t move.

I knew my friend from Lima was waiting for me at the bus station, so realizing that not only will I not arrive in time, but I would be an hour or more late, was only adding to the anxiety. So when I finally did arrive, after almost the entire 24 hours on the bus, getting off that thing and giving a real life bear hug to my internet acquaintance felt amazing.

Here’s the video of the section of the trip: