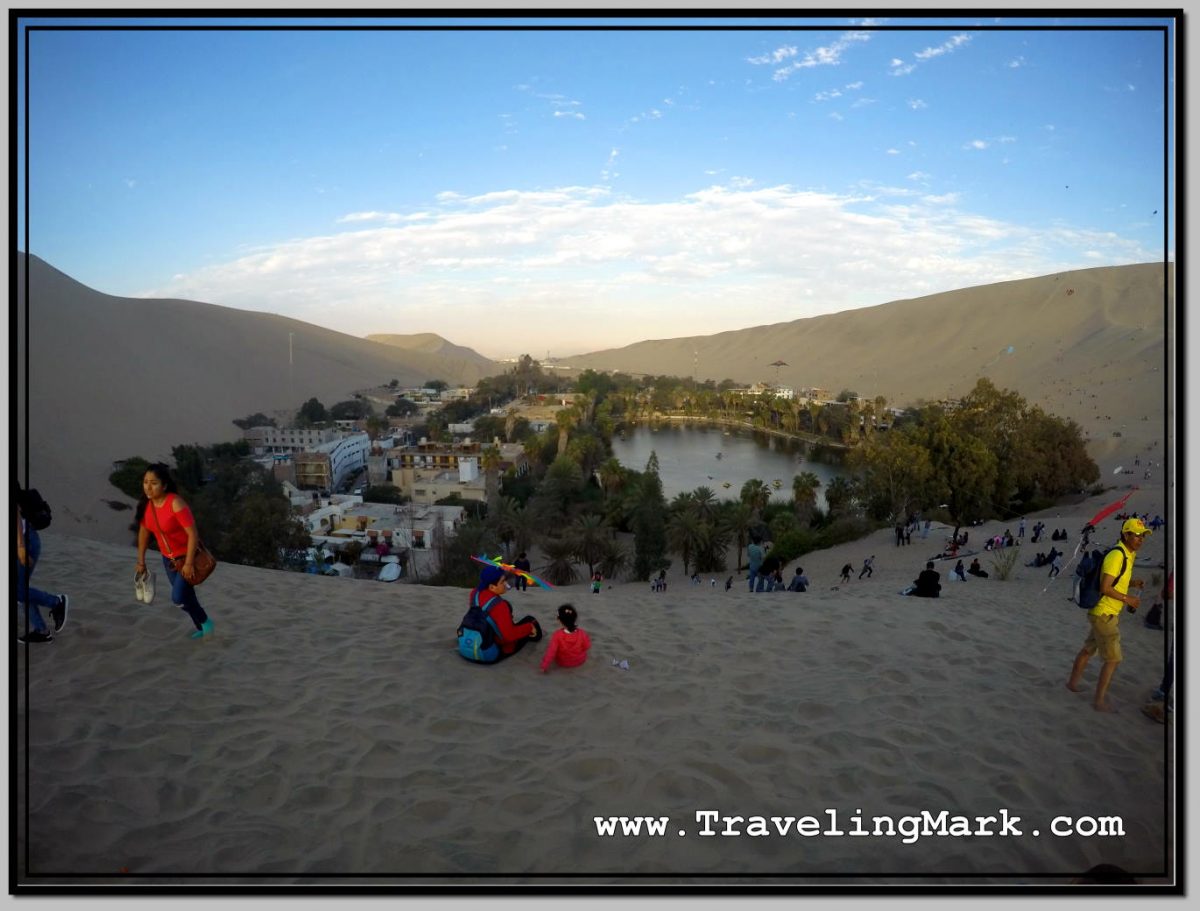 Huacachina is the only desert oasis in South America. It is located about 5 kilometers from the city of Ica in Peru. Found in the middle of the coastal desert, the oasis has a lagoon of greenish colors whose origin, it is believed, is caused by the outcrop of groundwater that ended up giving life to the beautiful vegetation that surrounds it.

Like many of the rivers and lakes of Peru, the Huacachina also has part of its charm in a legend. It is said a princess of the Inca lineage lived in that place. Her name was Huacca China and she possessed incredible beauty, as well as a voice so beautiful that her songs melted the hearts of men in such a way that no one could hold back tears.

The legend says that on one occasion when the princess was alone a hunter saw her, was enchanted with her and began to chase her. The princess ran but her costume began to tear and fell off, turning into the sheet of sand that forms the desert around Huacachina. After that, the princess dropped a mirror that she always carried with her and that turned into the lagoon. The princess, the legend maintains, became a mermaid and the inhabitants of Ica tell that even today, that siren keeps appearing on moonlit nights where its song can be heard.

When I got to Huacachina it was already late afternoon and the entire place was flooded with tourists. I have no idea if it’s busy like that all the time, but the overly touristy feel of the place made me rethink and backtrack on the idea I had before taking the trip, that I would stay over for a night.

It seemed to me that the entirely of buildings erected around Huacachina are either a restaurant, a souvenir shop, or a hotel. In other words, albeit alluring, Huacachina is a tourist trap.

The lagoon is small enough to easily walk around on foot, although not the entire circumference is paved. If you want to go around all of it, you’ll get your feet sandy. It’s probably best to take you shoes off and walk on the sand barefoot, because your feet will be buried in it with each step.

The sandy slopes surrounding Huacachuna were full of tourists who either flew kites, glided down on sandboards, or just relaxed on the warm sand. I walked up a sandy slope to snap a few pics of the lagoon, but did not stick around too much. There was simply too much going on with kids running amok, kite lines hitting you in the face, random youths sliding down the sand, making it fall on you and get into your every orifice, so even though the views were spectacular, the place was simply too busy for my liking.

Before leaving, I also climbed a small hill of sand with a cross on top of it. The hill is on the side of the road at the beginning of Huacachina coming from Ica. I think that may actually be the only access road to the lagoon.

I’m glad I finished the day with the trip to Huacachina – it’s a great place, definitely worth a visit, but to make any more of it than just pay it a visit for a couple of hours was not worth it for me, because it’s just too overrun with tourists for my taste. 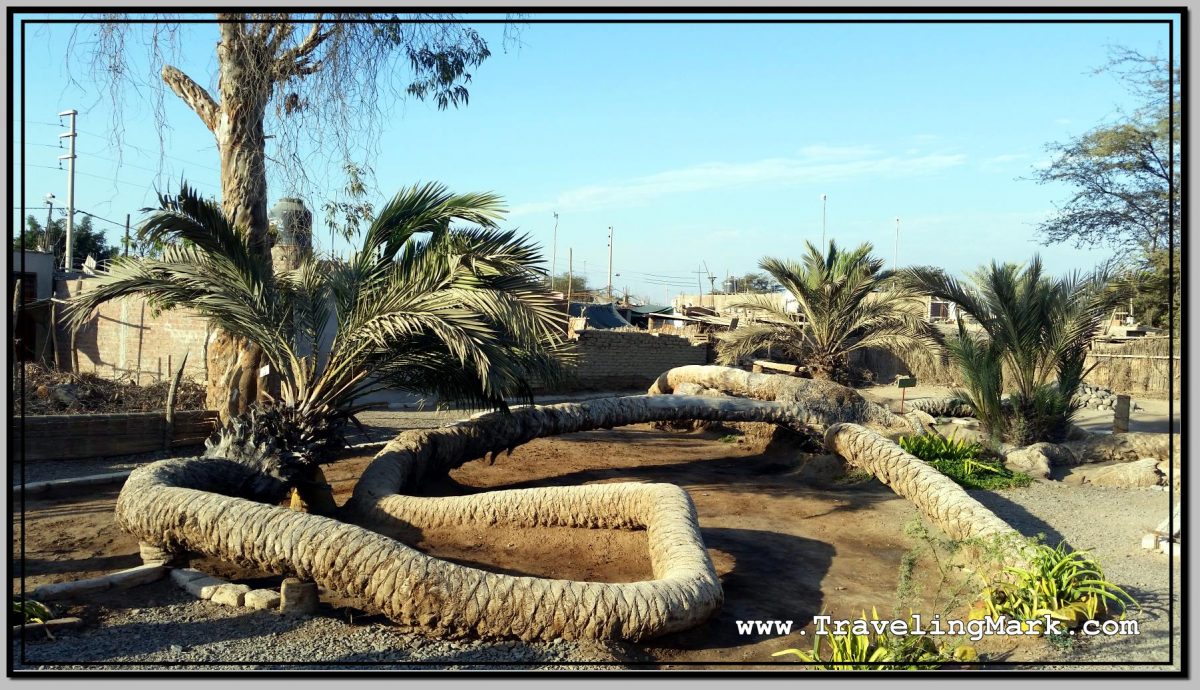 Having settled well in Ica, resupplied with fruit and water, and overall caught up on sleep, I headed out of the city proper to explore what the areas surrounding Ica have to offer.

I found out on the internet that Ica is famous for its wine, so getting a taste of some was one of my goals. Eventually, my journey brought me to a bodega where not only different wines are made, but also a local liquor called pisco.

Called Bodega Pampas, the place has on display its original equipment traditionally used in the wine and liquor making processes. The staff were really nice, and I ended up buying a bottle of Malbec, because that was the driest red wine they had.

I then came to a small market of various amulets, semi precious rocks and other souvenirs located in the borough of Cachiche, which was once synonymous with sorcery for many in Peru.

Cachiche, according to the elders of Ica, housed countless women who possessed supernatural powers. The locals mention that these powers served to extirpate the evils of the body and prepare concoctions for various ailments.

They tell that the most famous witch of Cachiche was Julia Hernández Pecho Viuda de Díaz, who died at 106 years of age, after a life full of making spells and concoctions. The witch reportedly predicted that Ica would sink when the seventh head of the Palm of the Seven Heads (Palmera de las Siete Cabezas) grows.

The grounds where the booths selling souvenirs were set up was dominated by an ancient huarango tree with a horizontal trunk called the “Wish Tree”:

Not far from the witch market of Cachiche is a palm tree with its own legends. Called “La Palmera de las Siete Cabezas” (The Palm Tree of Seven Heads), it is special for having a curious shape: six palms that look like snakes are born from the ground, instead of rising upright.

And the seventh? Well, it is always cut off by people before it comes out, since people still believe in what Julia Hernandez said.

Based on what I was told by the locals, no scientist could come up with any explanation for why the palm grows that way, other than that it’s a freak of nature.

The highlight of my tour around Ica was a trip to Huacachina – a lush oasis in the sandy desert that this part of Peru is notorious for. It was a perfect end to an amazing day, which deserved the treat I picked up when it all started: 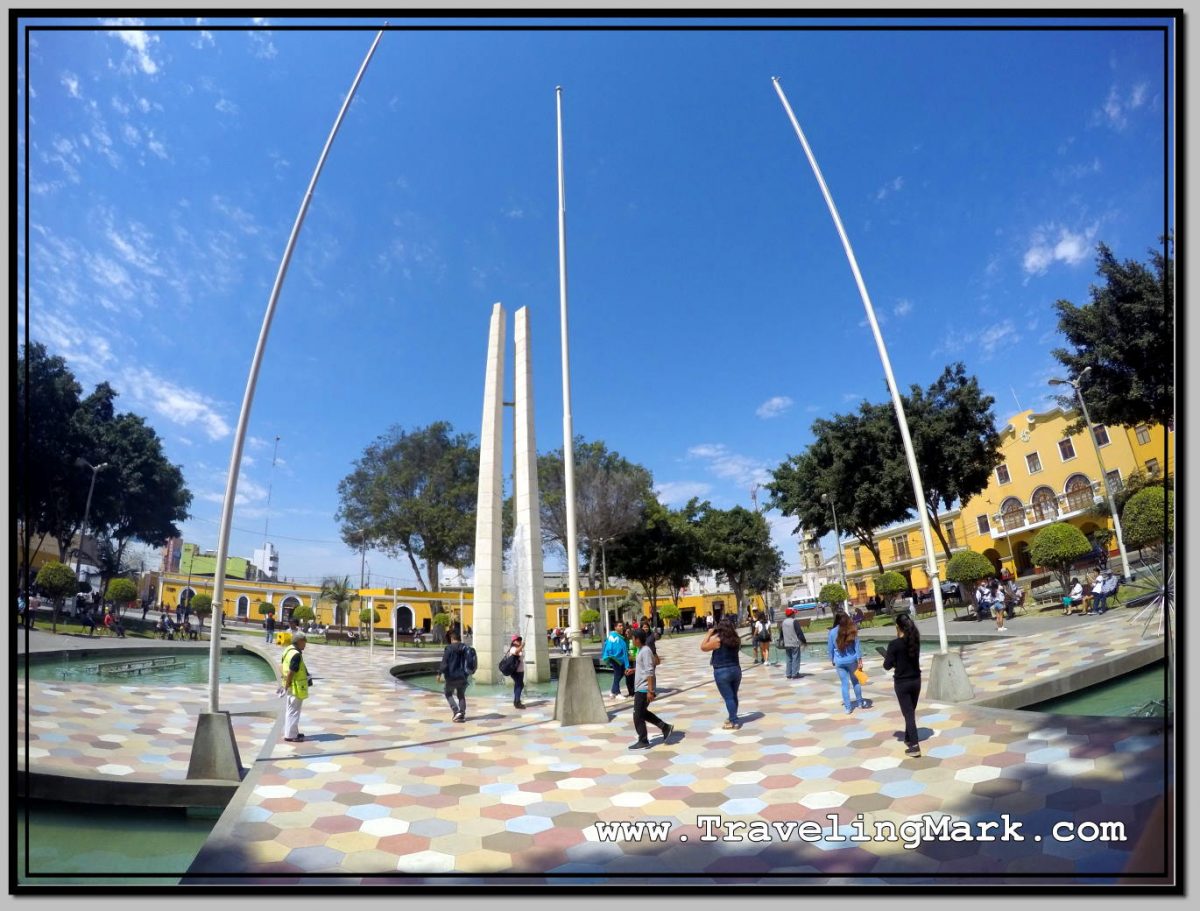 I started the bus ride from Lima to Ica after telling good bye to Isadora and getting to the Soyuz bus station on Mexico Avenue in the nation’s capital. The PeruBus ride cost astounding 55 Soles (I’m telling you, Peru is expensive). The trip took almost 5 and a half hours to complete. Of that, an hour was spent navigating out of Lima’s congested streets. Whereas the bus departed at 3:30pm, by the time we arrived in Ica it was already almost 9pm. Having to walk the streets of the unknown city with sketchy reputation after dark with the backpack on was not encouraging, but there was no turning back – I was already here.

Despite the late hour, the streets of Ica were full of people. Luckily, the guardian angel was by my side and even though I had absolutely no idea where I’m going or where to even go, of all the options I turned in the overall best direction and headed right toward downtown, where there was no shortage of hostels.

Whereas I normally never book a room in the first hostel I walk into, I didn’t feel like returning back outside after finally walking into one. I ended up speding the night in a hostel where I was charged 50 Soles for a private room with private bathroom.

That seemed hella better than what I was quoted in Lima, but it wasn’t until the following day when I realized I was taken advantage of and was heavily overcharged. Nevertheless, I made the decision to stay in the first hostel I walked into, so I accepted it for what it was.

The following morning I went out to compare prices in other hostels, and found out the going rate for the type of room I got was 30 Soles, with more upscale options in nicer hotels going for 40 Soles. Consequently, after the first night I checked into Posada del Sol Hotel, where a single room costs 40 Soles.

The one in Ica was nothing too spectacular, but a number of people in red vests stationed around the park exchange money from US dollars, and wheres that’s precisely what I needed, I took advantage of it and get some changed. The rate was slightly lower than in Lima’s exchange offices, but given the 3% commission money changers charge in Lima, I got more out of the buck in Ica.

While I was at Parque de Armas, a procession with a lot of policemen participating and a brass band passed by. I thought at first this was a funeral, but what they carried was not a casket. Not sure what this was all about.

About 5 blocks from Parque de Armas I found a market where I picked up a bunch of fruit. The whole area was very sketchy and I got warned a number of times by various people to be very careful around there. At the end of the day, perhaps because I was being very careful, I encountered no issues and had nothing stolen.

Fruit I picked up in Ica was much like fruit I bought in Lima – tasteless. They did however have my favorite fruit to which I was introduced in Ecuador – cherimoya – so all in all I was a happy camper.

Ica was also a pleasant change from Lima in that when the morning came, it was bright and sunny. The whole time I was in Lima it was overcast and miserable, so the lovely weather of Ica truly made my day. It was indeed so nice outside, after familiarizing myself with the town proper, I made the decision to go further out to visit what the area has to offer. I did not know what kind of weather I was gonna get in the following days, so taking advantage of beautiful sunshine felt like the right thing to do. And indeed, it was.