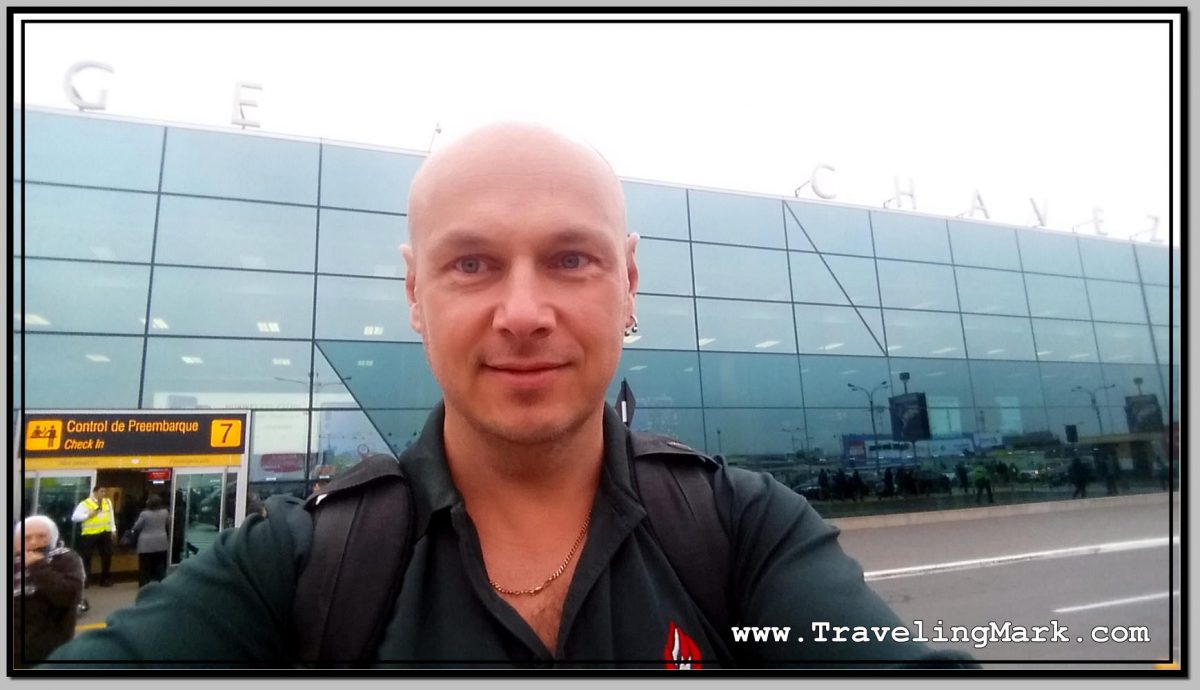 After the 32 hours on the road, of which 30 were spent on planes or airports, I finally arrived in my destination – the capital of Peru, Lima. The last leg of the journey was a grueling 12 hour non-stop flight from Madrid in Spain. The plane was full so the conditions were beyond squishy with little to find comfort in. 12 hour flights are never too joyful, but they carry you over long distances.

I arrived at the Jorge Chávez International Airport at 4:50am local time. It was still dark outside, so I decided to stick around the safety of the airport in the city I do not know until after sunrise.

My goal was to get to the Miraflores area of the city with one of the bus operators that cover the Airport-Miraflores route, and whereas I saw the most popular of them – Airport Express Lima – doesn’t begin to operate for the day until 7am, it only affirmed me in the resolution to stay put until said time.

The food court was open and stuffed full of people, but there was only one table in the entire airport with power plugs for charging batteries. I had to wait until someone was done charging their phone before I could plug in my laptop. The airport’s wifi is free only for 30 minutes, but luckily I had the means to mask my computer’s MAC address so I was able to cheat the limitation.

Either way, I was in Peru and ready for my next adventure.